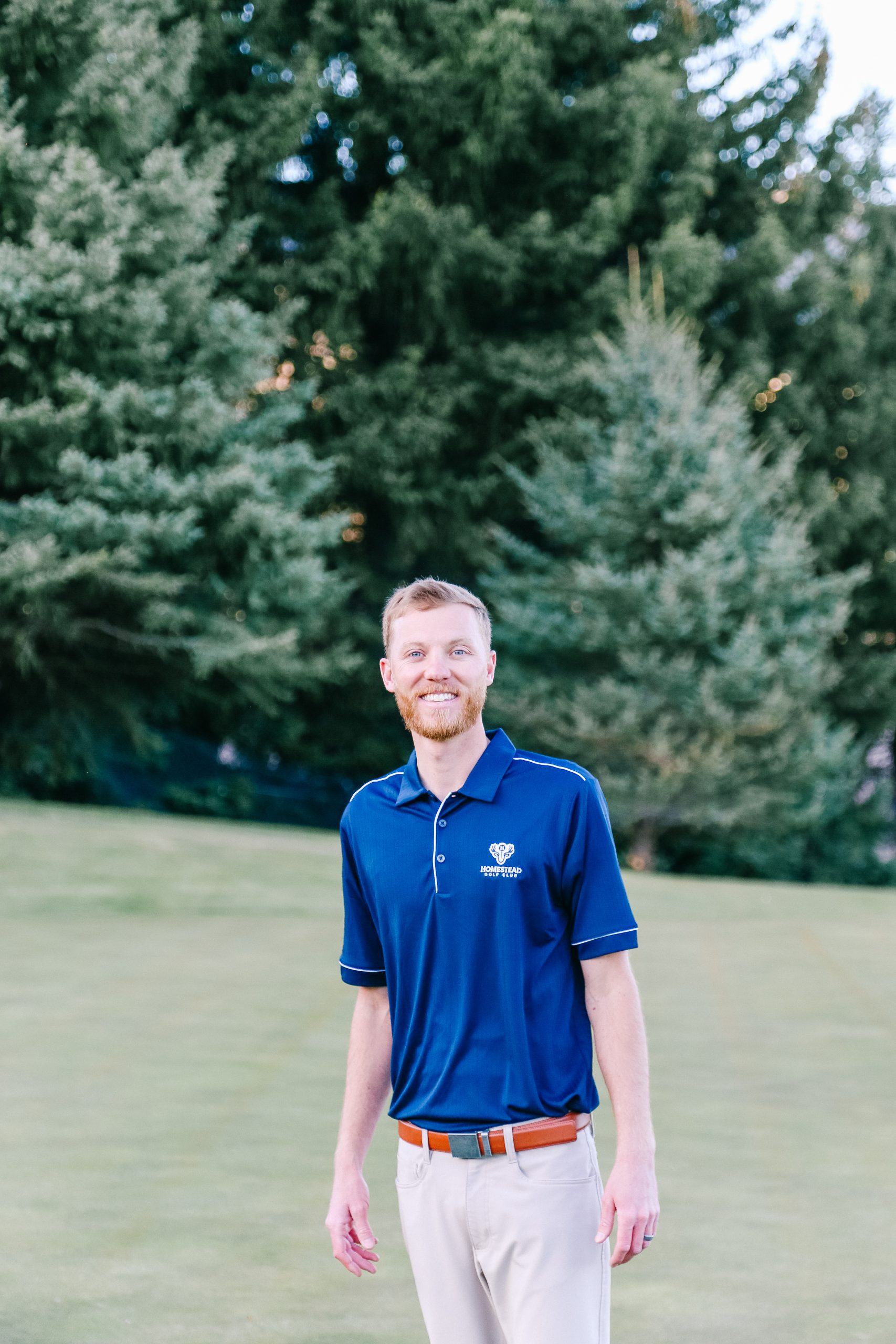 Mike Jurca has been the Director of Golf here at Homestead Golf Club for the past 3 years. Jurca is a native of St. George, Utah and has a well-groomed background in the world of golf.

He is a former collegiate scholarship athlete that played golf at Brigham Young University. During his college career at BYU, one of Mike’s best finishes came during the PING Cougar Classic in 2012. He fired a 70-69-69 for an 8-under-par total and a runner-up finish. He was a consistent contributor to the BYU team throughout his career, making the traveling squad often. Currently, outside of his duties at Homestead Golf Club he serves as the Assistant Women’s Golf Coach at Utah Valley University in Orem, Utah.

Mike was a two-time Utah State individual champion at Dixie High School and helped lead the Flyers to three-straight Utah State titles from 2005-07.

Before arriving at Homestead Golf Club, Mike was most recently Director of Golf for the city of Grand Junction, Colorado and prior to that he was the Head Golf Professional at The Ledges Golf Club in St. George, Utah. He is a Class-A PGA Professional and member of the Utah Section PGA. Mike has the goal of growing the game of golf here in the Heber Valley and looks forward to a long career here at Homestead Golf Club.

Mike learned the fundamentals of golf from two of the most respected teaching professionals in the state of Utah, Mike Smith, and Kevin Averett. Mike Smith was named teaching professional of year by Golf Digest and the Utah PGA Section during his tenure. Kevin Averett is Southern Utah’s Premiere golf instructor and has been responsible for putting Southern Utah golf on the map. Both of these men have taught many collegiate and professional golfers in the state of Utah.

We are excited to announce Kevin Averett as our new Director of Instruction at Homestead Golf Club. Kevin brings 30 plus years of professional teaching experience. Originally from Cedar City, Utah and a former collegiate golfer at Southern Utah University, Kevin started his teaching journey by learning the best golf instruction techniques at John Jacobs Golf School in Phoenix, Arizona.

Most of Kevin’s professional career has taken place in St. George, Utah. He has been a vital part of creating dozens of high school state champions, collegiate scholarship athletes and professional golfers during his time in the Southern Utah area. During the winter months, Kevin teaches at his privately owned indoor facility called The Golf Studio. He also spends time giving instruction at Dixie Red Hills Golf Course.

With a tremendous golf teaching resume, Kevin can transform anyone’s game. He excels with junior golfers, high handicappers or seasoned low handicappers who are looking to sharpen their already honed in skills. Additionally, he brings a rare set of skills to the table when it comes to the mental game of golf and managing your game around the golf course.

Isaac Brown is from Bountiful, Utah and currently resides with his wife in Midway, Utah.

Isaac’s passion for golf started from a very young age. He has turned that passion into 6 years of experience at the professional level, most recently as the Assistant Golf Professional at the Homestead Golf Club and Resort.

Isaac has achieved many awards in Golf including being a top finisher in the 2019 UHSAA 5A Men’s Golf State Championships and being awarded UHSAA All-State Academic Honors.

Isaac has become an experienced fitter from his time at the PGA Tour Superstore during the offseason.

Currently a PGA Associate, Isaac anticipates receiving his PGA Membership as a Golf Professional in 2023. Isaac has a vast knowledge of the golf swing and would love to help any golfer improve their game through golf lessons.